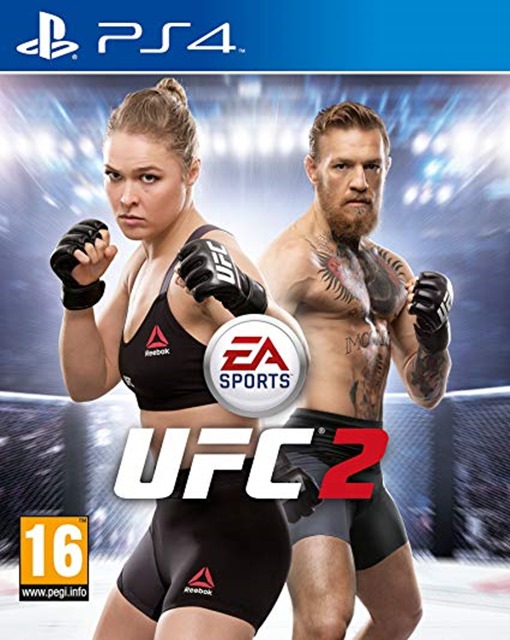 EA Sports UFC 2 is a mixed martial arts fighting video game developed by EA Canada, and published in March 2016 by Electronic Arts for PlayStation 4 and Xbox One. The sequel to 2014’s EA Sports UFC, it is based on the Ultimate Fighting Championship brand. The game’s cover art features Ronda Rousey and Conor McGregor.