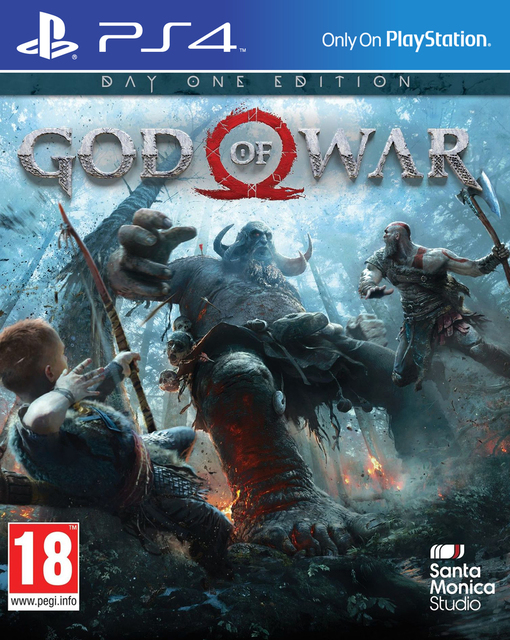 God of War for PS4 is here, so Jean-Luc looks back at every game in the 13-year-long franchise.

God of War is one of PlayStation’s most-beloved exclusive series. From its roots on PS2 to its evolution on PS3 and PSP, fans have battled the gods across the world of ancient Greece since 2005. Now the series is about to make its next-gen debut on PS4, with God of War’s release coming up soon. So how has God of War evolved? In the video above, GameSpot takes a look back at Kratos’s journey from Athens to Mount Olympus, and now, to the world of Norse mythology.

The original God of War was released on PlayStation 2 in 2005. The character action genre, where you control your character and combat gameplay in third-person perspective, had been traditionally the realm of Japanese developers. Sony’s Santa Monica Studios changed that, however, when it created the game. God of War follows a Spartan hero on his quest to fight Ares, the god of war, and avenge the death of his wife and child. It sold more than 4.6 million copies worldwide and won multiple game of the year awards.

What followed was a sea of successful games in the series: God of War II brought Kratos to a new fight, while God of War: Chains of Olympus allowed PlayStation Portable players to get in on the action. With the arrival of the PlayStation 3, God of War III capped off Kratos’s initial story, and went on to be the best-selling game in the franchise and the 9th best-selling game on PS3. Sony released more God of War games following God of War III, bringing players back in time with prequel story lines. While these games failed to achieve the same success as God of War’s initial trilogy, they still scored and sold respectably.

Now, a new chapter of the God of War legacy is upon us. God of War released for PS4 on April 20. It was highly anticipated, not only because it’s a continuation of the series but also because it brings many new gameplay and story dimensions to the franchise. Time has passed, and Kratos now has a new family and lives in the world of Norse mythology (a far departure from the Greek mythology that has dominated the game). The game’s combat works differently, too, with Kratos’s son Atreus able to assist in battle, and the whole experience is more open and RPG-focused than before.